The importance of insulin resistance is that, it is one of the most important risk factors for obesity, diabetes, cardiovascular diseases, some cancers, and even Alzheimer's disease.

The primary fuel of human metabolism is Glucose, that is Sugar! Carbohydrate foods, which are an important part of our diet, are mixed into the blood as glucose when digested. Insulin is needed for glucose to be used as energy by cells. Insulin is a very important hormone secreted from the beta cells of the pancreatic gland. 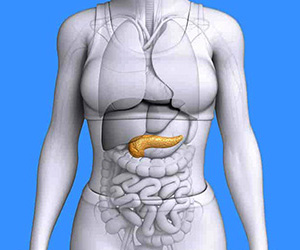 When something is eaten and blood sugar starts to rise, insulin is secreted and its job begins. The first task of insulin is to ensure that the sugar in the blood, namely glucose, is introduced into the cell and used as energy. The second task is to store excess sugar first as glycogen, that is, as sugar storage, and then as fat. When insulin performs these functions, a balance is achieved in the blood sugar level. 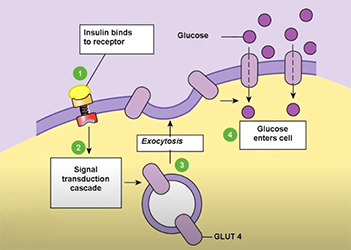 The hormone insulin acts as a gate, a passageway for the glucose in the blood to enter the cell, allowing the cell to open and sugar to enter. However, when cells begin to lose their sensitivity to insulin, insulin resistance begins. In this case, insulin cannot function as it should and the sugar in the blood remains high. The inability of the insulin hormone to open the cell door is due to the development of insulin resistance. 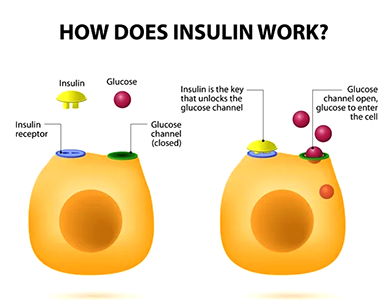 The first task of the insulin hormone is to ensure that the sugar in the blood, namely glucose, is introduced into the cell and used as energy. The second task is to collect the unused excess glucose first as glycogen, and then amass as fat when the sugar depots are full. This process is called De Novo Lipogenesis. 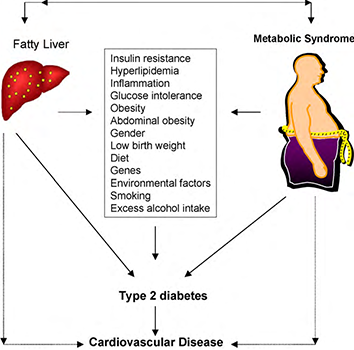 As long as malnutrition and inactivity continue, excess sugar in the blood is first stored as glycogen and then as fat in the liver, causing fatty liver, then muscle and muscle cells begin to become fat and the fat spreads all over the body. Liver and other cell fats cause insulin resistance to increase, and this cycle becomes unbreakable. If insulin resistance progresses and goes untreated, it causes obesity, diabetes, cardiovascular diseases, and other chronic diseases. However, the most important consequence of insulin resistance is diabetes. 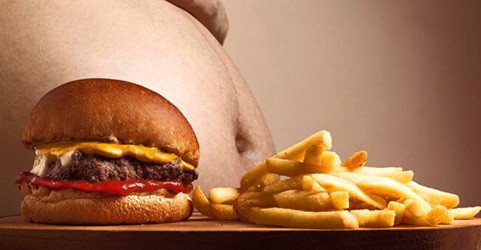 Preliminary symptoms of insulin resistance are almost non-existent, such as slight weight gain, sometimes felt fatigue, but mostly it does not give any symptoms. The research conducted at Harvard University in the United States is an important proof of this. 50 women and 50 men, randomly collected from the street, between the ages of 30 - 40, and with normal weight, were checked in the hospital, their blood values, sugar levels, insulin resistance were investigated, and the liver was examined by ultrasounds. According to the surprising results, insulin resistance and fatty liver were detected in 30 - 35% of these young, normal-weight and healthy-looking people. Unfortunately, insulin resistance is an insidious and very dangerous disease, and early detection and treatment is very important.

Insulin resistance is often discovered incidentally during other health checkups. The first thing to notice in the blood test is that the blood sugar is slightly higher than normal. values with an average of 80 - 100 mg/dsl are at the upper limit or slightly exceeded. If checked, an HbA1c (average value for the last 2 - 3 months of blood sugar) of 5.5 or higher indicates insulin resistance.

Additional tests are performed when insulin resistance is detected. It is tried to determine the stage of the disease by looking at fasting blood sugar and postprandial blood sugar levels, and if necessary, the insulin level. Pre-diabetes is mentioned if the fasting blood sugar is above 120 and the HbA1c value is around 6 - 6.5. In other words, it is almost time for the onset of diabetes.

During diabetes, fasting blood sugar values and HbA1c values are found to be very high, but since the pancreas starts to get tired, a decrease in insulin values is detected. Diabetes is a disease with very bad and severe consequences, so early diagnosis and treatment of insulin resistance is very important.

What are the ways to break insulin resistance? The human organism has an amazing ability to repair and heal itself when suitable conditions are provided. When the factors causing insulin resistance are eliminated, the metabolism quickly returns to normal. There are numerous scientific studies on this subject.

Detailed reading:
Insulin Resistance in Morbid Obesity,
A Periodic Diet that Mimics Fasting Promotes Multi-System Regeneration,Enhanced Cognitive performance, and Healthspan,
Reversal of type 2 diabetes: normalisation of beta cell function in association with decreased pancreas and liver triacylglycerol,
Therapeutic use of intermittent fasting for people with type 2 diabetes as an alternative to insulin

Top of the to-do list to break insulin resistance:
1- Reducing sugar and sweets,
2- Restricting foods such as white bread, rice pilaf and pasta,
3- Restricting consumption of all kinds of fats, especially animal saturated fats and trans fats,
4- Giving priority to fruits, vegetables and salads in nutrition,
5- Giving weight to fibrous foods,
6- Not eating between meals,
7- Fasting 1 day a week (free to drink water, unsweetened tea and coffee),
8- Skipping meals some days,
9- Walking for at least 30-40 minutes a day,
10- Doing movements and light weight exercises that will work and strengthen the muscles other than walking,
11- Regulating sleep,
12- Controlling stress as much as possible.
Following these measures, which are not very difficult, insulin resistance begins to break down and metabolism returns to normal in a short time. 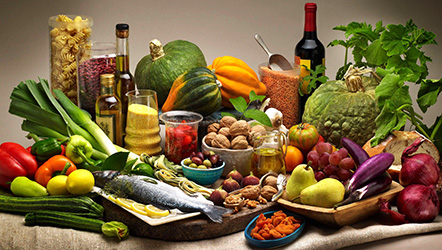 Among these measures, fibrous foods and fasting have special importance. Fibrous foods feed the beneficial bacteria in the intestines and help normalize sugar and cholesterol metabolism. Fasting has endless benefits in terms of breaking insulin resistance. If food is not taken for a certain period of time, blood sugar decreases, parallel to this, insulin level and therefore insulin resistance decreases, and the sensitivity of cells to insulin begins to increase over time. Fasting can be practiced in a variety of ways, please check the fasting and autophagy pages.


While taking care of the Insulin Resistance, boost your Nitric Oxide, Antioxidants and Omega 3 levels to Prevent Cell Deformation, Protect Metabolism Health, and Prolong your Life Span (rather get a blood test at the beginning and preferably after three months of regular use a new blood test, and see the regenerations on the results), with: WELLNESS TRIANGLE