WHY DO WE NEED ANTIOXIDANTS?

The benefits of antioxidants are indisputable. What are these antioxidants, how do they work, and in which foods are they high?

The word antioxidant consists of two parts, anti means against and oxidant means oxidizing, corroding. Antioxidant as a whole means against rusting. Just as iron reacts with oxygen and rusts due to weather conditions, nearly 14 trillion cells in the body are also oxidized by the effect of substances called free oxygen radicals, which are a by-product of the metabolism, and this is called Oxidative Stress. 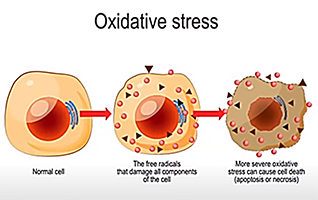 For example, if you cut an apple into two and leave it open, after a while, the white flesh of the apple will react with oxygen and turn yellow and gradually darken. This is an oxidation event that occurs due to the reaction of apple tissue with oxygen. 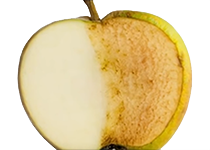 However, if lemon juice containing plenty of antioxidant vitamin C is applied to the surface of the cut apple, this yellowing and blackening will be delayed. Vitamin C prevents oxidation with its antioxidant effect.

Just like the rusting of iron, like the oxidation and darkening of an apple, free oxygen radicals, which are the by-products of our metabolism, begin to wear out and oxidize our cells.

Detailed information: Evolution of the Knowledge of Free Radicals and Other Oxidants 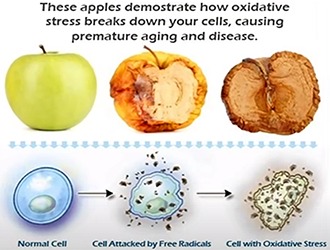 Detailed information: Free radicals and antioxidants in health and disease

These negatively charged molecules react with the surrounding tissues in order to reach equilibrium and steal an electron from these tissues. In this process, damage occurs in the tissues they react with, and more importantly, in DNA. This activity, called oxidative stress, is one of the most important risk factors for cancers, especially cardiovascular diseases and damaging all tissues. 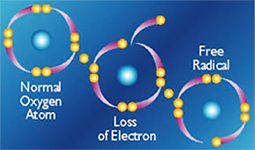 Apart from these free oxygen radicals, which emerge as a by-product of our energy metabolism, there are also some free oxygen radicals that we take from the outside or are formed by external factors. These are cigarette smoke, air pollution, alcohol, high blood sugar, dietary toxins, oils (polyunsaturated fatty acids), inflammation, ultraviolet rays from the sun, infections, and excessively strenuous exercise.

It is necessary to establish a balance between these oxidant substances, which are either taken from the outside or as a by-product of metabolism, and antioxidants. Essentially, there is a natural antioxidant system inside the cells, this is called Antioxidant Response Element.

Antioxidants are the antidote to oxidants that damage our cells. The free oxygen radicals we take from both inside and outside often exceed the capacity of our natural antioxidant system, and in this case, the antioxidants we take from outside with food become very important.

Antioxidants act with negatively charged free oxygen radical molecules, binding them and preventing them from damaging cells. The most well-known antioxidants are vitamins C and E, and plant molecules of the Flavonoid type that we get from fruits and vegetables. 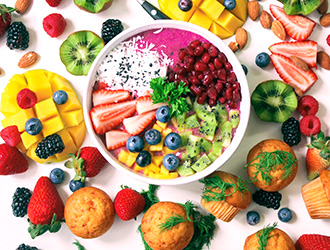 However, the antioxidant capacity of each food is different and this capacity is measured by the ORAC (Oxygen Radical Absorbance Capacity) value.

Foods with the highest ORAC value, that is, antioxidant capacity are (These values are taken from the records of the American Agricultural Food Organization USDA food data laboratory. The USDA daily antioxidant intake recommendation is 3.000 to 5.000 units per day. The values given below are the measurements in 100 gr of food):

As additional information, the brighter and darker the color of a food, the higher its antioxidant value, and the red and purple-colored plants are rich in antioxidants. Modest foods that are rarely consumed: spices, legumes, walnuts and coffee are champions in terms of antioxidants.

It should not be forgotten that the need for antioxidants increases with age and antioxidants have the ability to protect from many chronic diseases, cardiovascular diseases, hypertension and even many types of cancer. Apart from the positive effects of antioxidants on general health, they also have very important benefits for skin health.

Although the ORAC values of many foods taken on a daily basis seem low, these values are the values ​​in 100 grams of that food, for example, when an orange with an average of 300 grams is eaten, this value should be multiplied by 3 and it is seen that this meets the daily need for antioxidants, and also the vitamin and mineral values in these foods must not be forgotten. 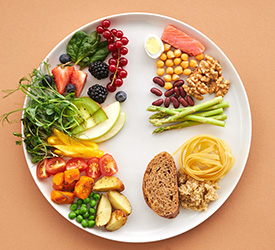 A diet rich in fruits, vegetables and salads and supported by spices is vital for a healthy life.


Oxidative stress, damaging DNA and all tissues, is one of the most important risk factor for Cancers, Cardiovascular Diseases and Aging. Boost your Antioxidants, Nitric Oxide and Omega 3 levels to Prevent Cell Deformation, Protect Metabolism Health and Prolong your Life Span (rather get a blood test at the beginning and preferably after three months of regular use get a new blood test, and see the regenerations on the results), with: WELLNESS TRIANGLE.